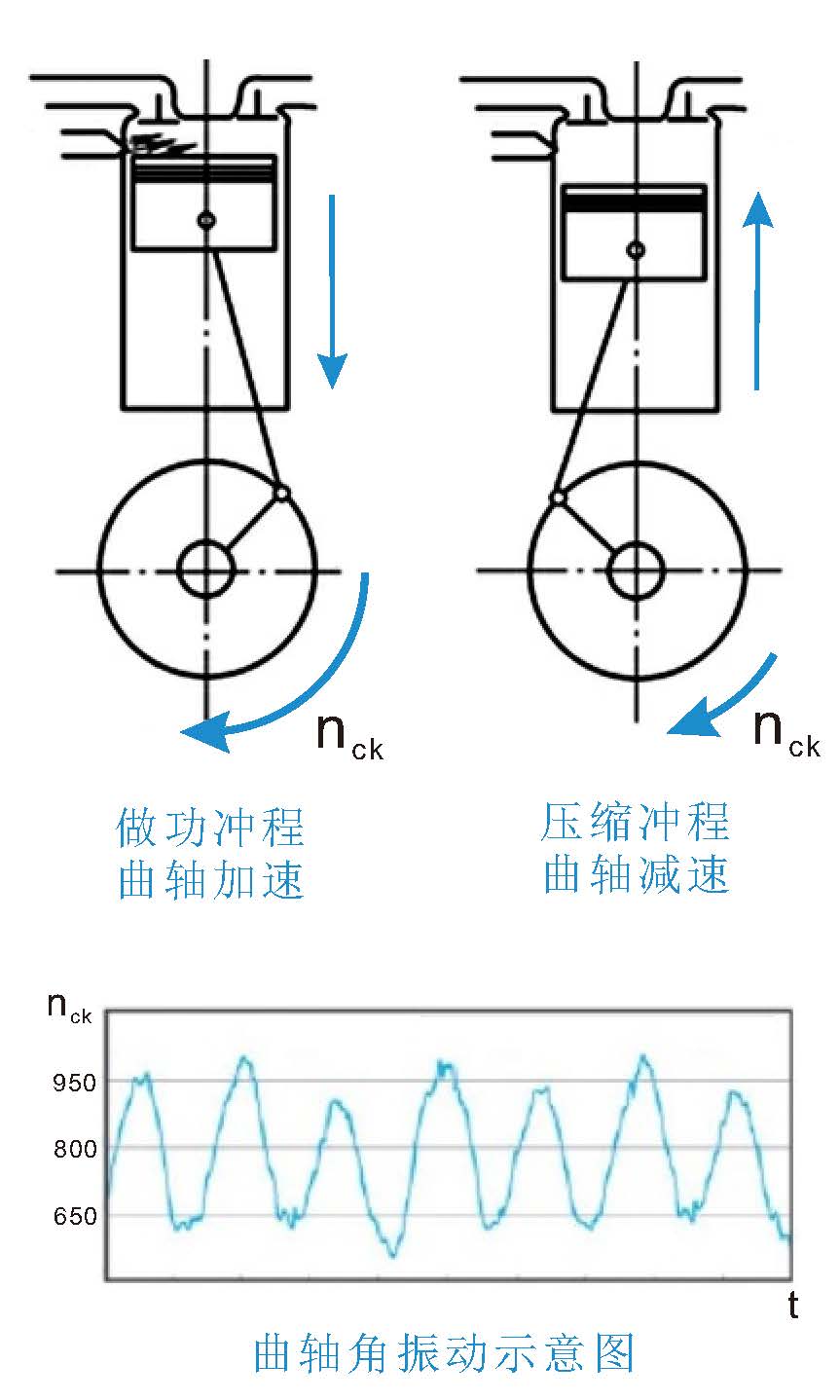 During the operation of the engine, due to the uneven movement of each stroke and the phase difference between the cylinders, the rotational speed output by the crankshaft is not stable, but fluctuates continuously. This rotational speed fluctuation is called torsional vibration. The torsional vibrations will be fully transmitted to all accessories.

The torsional vibration will cause the periodic rotation speed and torque of the entire accessory system to alternator, especially at idle speed, the angular vibration frequency of the crankshaft is low, but the amplitude is large, which will have a bad impact on the accessory system:

The structure and work of OAP

OAP adds a one-way clutch component between the alternator shaft and the Multi-ribbed pulley, replacing the traditional rigid connection. For periodic rotation speed and torque change, when the reverse inertia torque of the alternator is greater than the load torque, the alternator rotor is decoupled from the V-ribbed pulley. At this time, most of the torsional vibration is eliminated due to the decoupling action, thereby improving the performance of the attachment system. 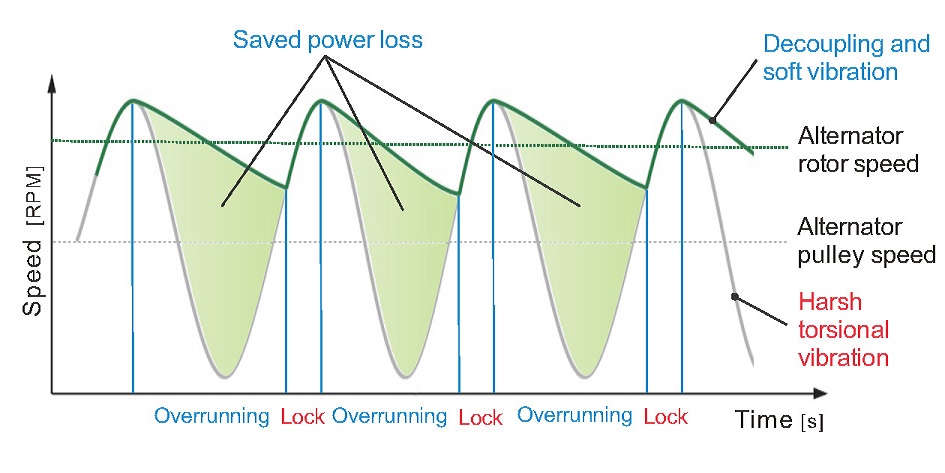 Alternator has the highest transmission ratio 2.5-3.2 and the largest inertial moment 25-35x10-4 kgm2, so the improvement of the accessories after decoupling is the best.

In addition, decoupling the alternator can also improve the average speed of the alternator and increase the load output capacity , so as to cope with the increasing power consumption of electrical equipment in the car.

OAP itself has no inherent vibration, so it can directly replace the original pulley without changing the gear train, which is simple, convenient and effective.

Without changing the original parameters of the gear train, OAP has the following advantages:

↗ Reduced tension and swing of the tensioner and extends lifetime